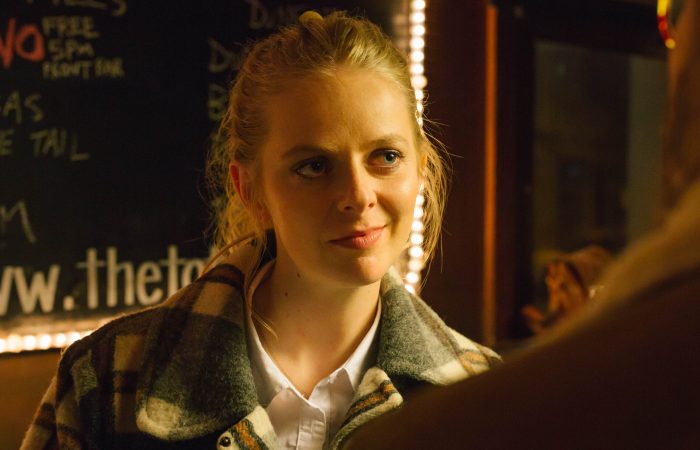 Alice Foulcher is an Australian actor and writer. She frequently collaborates with her husband, director and co-writer Gregory Erdstein – whom she met while studying at the esteemed Victorian College of the Arts (VCA) School of Film and Television in 2008. Their short films have screened at multiple film festivals internationally – most notably their TROPFEST short film A BIT RICH (2014), the critically lauded PICKING UP AT AUSCHWITZ (2012), and PARIS SYNDROME (2016). As writer and director, Foulcher’s own short films have screened at major film festivals in Australia and internationally.

In 2014 she was granted an eight-month writing residency in Paris with Erdstein at the prestigious Cité des Arts Internationale where they wrote the script for THAT’S NOT ME.

THAT’S NOT ME is Alice’s feature film debut as both an actor and writer. 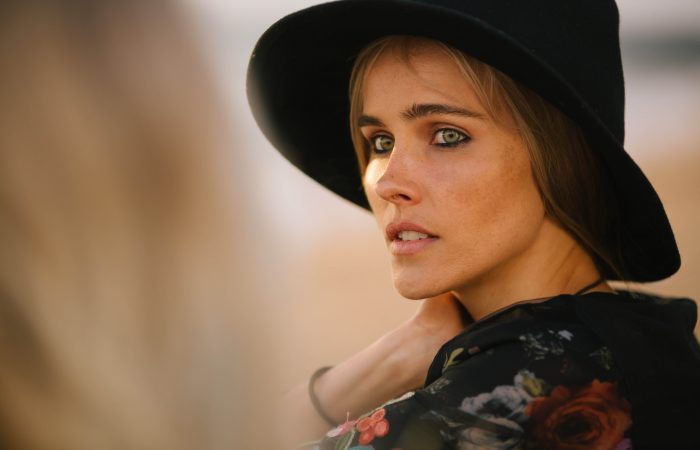 Isabel is also a prominent environmental activist and has appeared in several documentaries including THE COVE (2009). 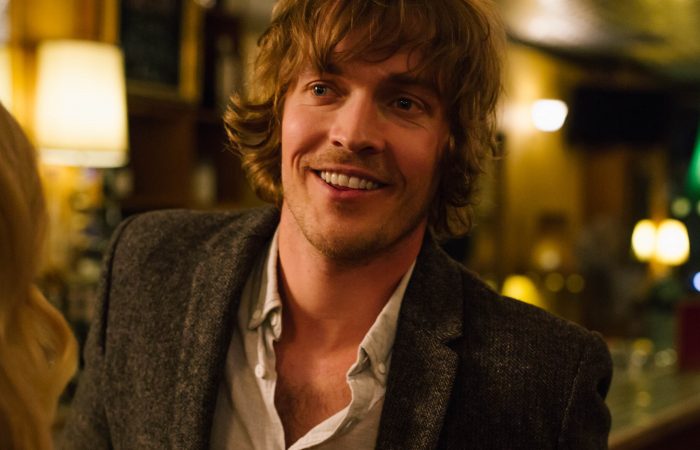 Richard Davies is an Australian actor and writer best known for his roles in popular Australian television series OFFSPRING and THE SADDLE CLUB, as well as the 2015 smash hit film ODDBALL. In 2010, he wrote, produced and starred in the short film WHEN THE WIND CHANGES, which won multiple awards at film festivals across Australia. He has most recently starred as the title character in the web-series BRUCE directed by Tony Rogers (WILFRED). 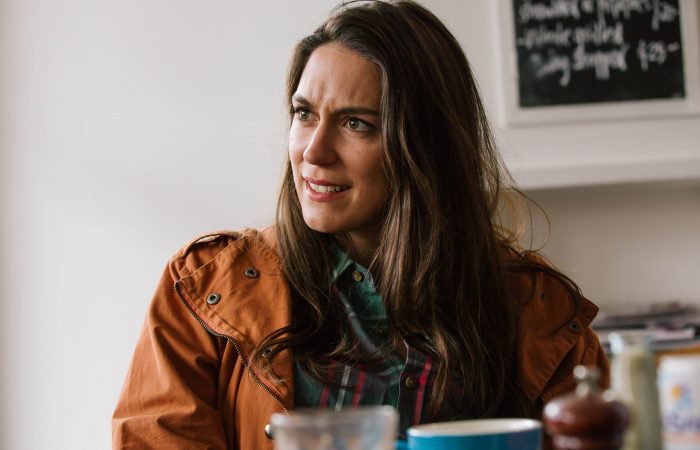 Belinda Misevski completed a Bachelor of Theatre Arts in Acting from the University of Southern Queensland in 2009. She is the co-founder and Artistic Director of Exhibit A:Theatre and in 2016 produced the short film BRIDGE which had its world premiere at Palm Springs Shorts Fest 2016. Her screen credits include several shorts including TWO DEVILS, A BIT RICH, and NBC Universal’s CHILDHOOD’S END. 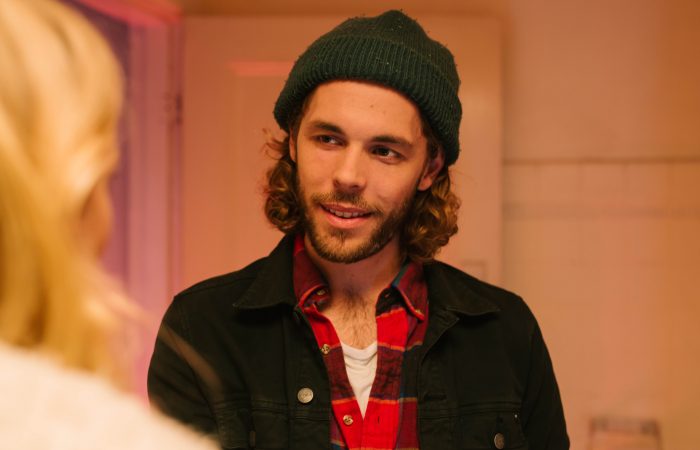 Rowan Davie is an actor and emerging playwright based in Sydney, Australia. He has a degree in Performance from the Queensland University of Technology, Brisbane, and trained with renowned acting teacher Larry Moss, and with SITI Company in New York. In 2014 he was a touring member of the Bell Shakespeare Players. Awards: Nominated for Best Supporting Actor, Tenerife IFF, LIFE THROUGH A LENS (short). Writing: His first play INFINITY TASTER, workshopped with the 2015 Bell Shakespeare Players, premiered at The Old Fitz Theatre, Sydney. 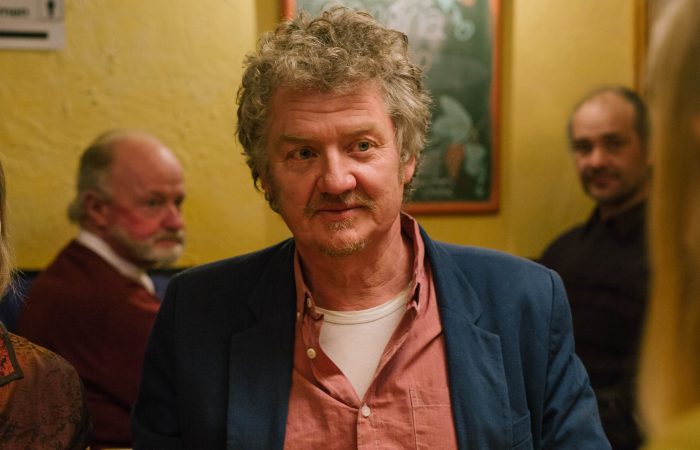 Andrew S. Gilbert has appeared in over twenty Australian feature films. He has received AFI nominations for his work as best supporting actor in MULLET and PAPERBACK HERO, along with nominations for KISS OR KILL and PAPERBACK HERO from the Film Critics Circle Australia Awards. He won the 1997 AFI Award for Best Actor in a Supporting Role for KISS OR KILL and in 2001 the Film Critics Circle Australia Award for Best Supporting Actor in MULLET. Andrew has appeared in some of Australia’s most recognised television series, including Series 3 and 4 of ‘ROUND THE TWIST as Tony Twist and BED OF ROSES (Series 1, 2 and 3).
Andrew has worked on stage all over Australia specialising in the development and production of new Australian plays. He has appeared in world premier theatre productions at the Sydney and Melbourne Festivals and devised, directed and performed for the Melbourne and Sydney Fringe Festivals.
For the past three years he has worked as a lecturer in Australian film, at a graduate and postgraduate level, for Boston University’s Sydney program. 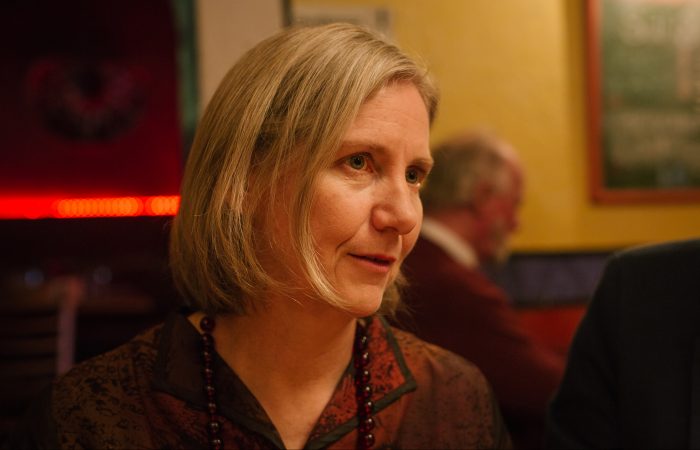 Since graduating from the Western Australian Academy of Performing Arts Catherine has enjoyed guest roles on NEIGHBOURS, BLUE HEELERS, MDA, FLYING DOCTORS and EMBASSY. She has appeared in films including, WITCH HUNT, MY YEAR WITHOUT SEX, the independent feature film JOHNNY GHOST and more recently BLINDER.

Catherine also works as a theatre director, dramaturg and script consultant. Most recently she was engaged as script editor on feature films BROKEN GHOST, SUGAR MOUNTAIN, BLINDER and THE LOOKALIKE.

As a theatre director she has directed the national tours of Elizabeth Coleman’s SECRET BRIDESMAID’S BUSINESS and IT’S MY PARTY (AND I’LL DIE IF I WANT TO), MAX GILLIES LIVE AT THE REPUBLIC CLUB and AN EVENING WITH RICHARD FRANKLAND for the Sydney Opera House and Adelaide Cabaret Festival.  She is a recipient of the Ewa Czajor Award for female directors and the Peter Summerton Award for directing. Catherine has a passion for new writing and Australian stories (especially funny ones) and she loved working on THAT’S NOT ME! 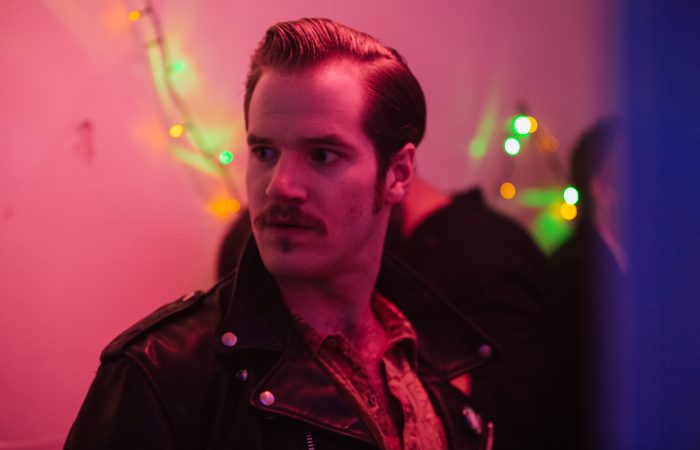 Lloyd Allison-Young is an actor and musician from Canberra, Australia. He is a graduate of l’Ecole International de Theatre Jacques Lecoq, Paris (2013 – 2015) and The Stella Adler Studio of Acting, New York (2010 – 2013). Screen credits also include Erdstein and Foulcher’s short film PARIS SYNDROME, and Australian productions such as the critically lauded THE BLACK BALLOON, TV’s ALL SAINTS, and THE STRIP.

As a musician, Lloyd performs in the band the THE EVERLY ILLS. Their music has been released in Paris and New York through his own Flowershop Tapes label, and is preparing a new album for launch in 2017. Several songs by THE EVERLY ILLS are featured on the soundtrack for THAT’S NOT ME. 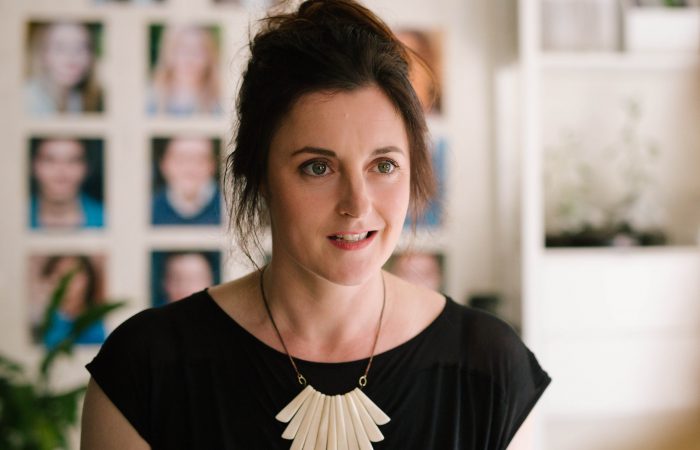 Janine Watson is a graduate of the National Theatre Drama School in Melbourne and has trained with Zen Zen Zo in Brisbane and SITI Company in New York.

Stage credits include Jonathan Harker in DRACULA and Valmont in DANGEROUS LIAISONS both for Little Ones Theatre Company; Sandra in DOLORES at The Old Fitz and as a member of The Bell Shakespeare Players Ensemble, Janine performed the roles of Lady Macbeth, Titania, Helena and Tybalt.

Janine was nominated for a Green Room Award for her performance as Mother in TRIANGLE for MKA Theatre, and in 2016 was awarded the inaugural Sandra Bates Award for Directing with the Ensemble Theatre. She has also directed various productions for Bell Shakespeare Players.

Janine was most recently seen on ABC TV‘s THE CODE and has previously starred in Erdstein and Foulcher’s acclaimed short film PICKING UP AT AUSCHWITZ. 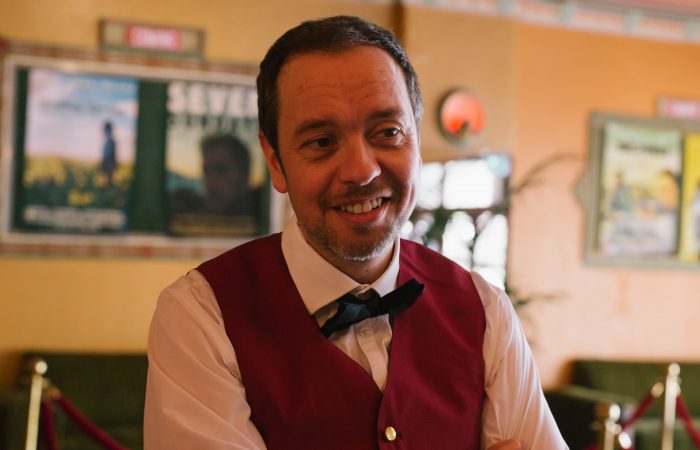 Steve Mouzakis is an award winning Australian actor with feature film credits that include WHERE THE WILD THINGS ARE, DOWNRIVER, and his starring turn in the internationally renowned Netflix hit THE SUICIDE THEORY. Known also for his performances in the short films JOEY and 296 SMITH STREET, he won Best Actor awards at both the St Kilda Film Festival and Melbourne International Film Festivals.

A graduate of the Victorian College of the Arts (VCA) School of Drama he has also worked with numerous theatre companies throughout Australia and most recently been seen in DEATH AND THE MAIDEN (Sydney Theatre Company) and in his Green Room Award winning performance for THE CHERRY ORCHARD (Melbourne Theatre Company).

With an extensive list of TV credits to his name that include THE SLAP (AUS), THE SECRET LIFE OF US, KILLING TIME. In 2017 he will be starring in the upcoming fifth season of the hit US TV show PRISON BREAK.

You might also know him as one of the two blokes wandering around Victoria talking nonsense in the recent Wander Victoria campaign for Visit Victoria.